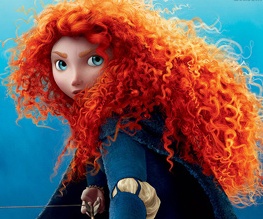 Aye, Brave isn’t hitting our screens until August 17th, but that’s no reason not to get excited about any crumb the almighty Pixar deign to throw us from the table.

And brand-new character posters are, let’s face it, the best of all the crumbs.

Noo jist haud on, keep the heid! There’s no point diving into all these splendid posters headfirst without a shred of treference now, is there?

Brave is the upcoming Pixar lovely which tells the story of feisty Princess Merida (Kelly Macdonald), who really doesn’t fancy doing everything her mother, Queen Elinor (Emma Thompson), tells her to do. Like marrying someone against her will. Seems fair, if we’re honest – whoever knew Emma Thompson was such a cow? Nevertheless, her staunch refusal to wed causes all kinds of trouble for her papa, King Fergus (Billy Connolly) and the country’s bigwigs, Lord MacGuffin (Kevin McKidd), Lord Macintosh (Craig Ferguson) and Lord Dingwall (Robbie Coltrane).

And then she probably goes mental with a sword, judging from what we’ve seen in Braveheart. Fine, a bow and arrow then. Same difference! Check out that oh-so-quintessentially-Scottish red beard. So tufty, so flame-coloured, so noble… N’aww, check out the wee bairns! They’ve even got their own kiddy-sized kilts. SO ADORABLE WE MIGHT JUST HAVE TO DESCEND INTO NONSENSICAL BABY-TALKY-WALKY-GOO-GOO-NESS!!!

And if THAT isn’t enough to whet your Brave appetites, why don’t you remind yourselves of the trailer? It’s got horses in it…

Are you excited for Brave? Can you wait until August? NEITHER CAN WE!!!