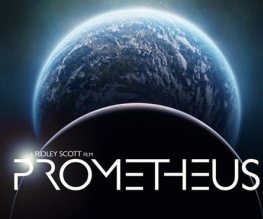 The most aggressive marketing campaign in recent Hollywood history continues apace with the release of a 21 second trailer advertising a longer, future trailer for Prometheus, Ridley Scott’s upcoming sci-fi epic. The clip features lots of quick edited blink-and-you’ll-miss-it shots of stars Idris Elba, Noomi Rapace and Charlize Theron getting up to all sorts of intergalactic hi-jinks, interspersed with looming white on black lettering ordering us to: “Prepare to experience…the new trailer…for the most anticipated movie of the year.” Yep, that’s right – 20th Century Fox are so sure of the earth changing cultural significance of Scott’s next film that they are advertising its advertising.

If such things excite you, here you go:

So, what do we know about Prometheus? Well, we know it was originally conceived as an Alien prequel but was re-drafted away from that idea, though it is still set in the same world with androids, space excavations and the like. We know it has an impressive cast list, with Guy Pearce and Michael Fassbender joining the three heavyweights listed above. We know Scott is due a decent movie after the twin misfires of Body of Lies and Robin Hood: Prince of Stupid Accents.

And we also know 20th Century Fox really, really, reeeeeaaalllly want us to be excited about it.