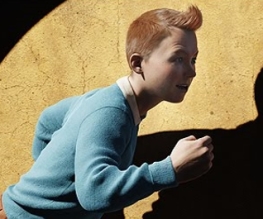 As if you weren’t excited enough already about the upcoming The Adventures of Tintin: Secret of the Unicorn, now there’s a lovely new trailer for you, revealing more about the plot and showcasing the splendid visual effects being used in the film.

Now, putting aside the fact that the humans all look a bit weird, the footage does look pretty great. The opening sequence in which Tintin is wandering through an old antique market, where he stumbles upon The Unicorn of the title, is particularly impressive. Through its clever positioning of mirrors, Spielberg has created a very natural, realistic lighting style, also showcasing great depth of field which suggests that he is really exploring the possibilities of 3D beyond just using it as a gimmick, letting us into the world of the film, rather than letting the world of the film invade the cinema space.

Check out the trailer and let us know what you think! Do you think this could be a long running franchise?