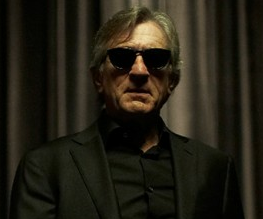 In terms of June movies we’re really looking forward to, Red Lights is pretty near the top of the list. A psychological/supernatural thriller about a renown psychic and two investigators determined to expose him as a fraud, BLOOMIN WELL STARRING Cillian Murphy, Sigourney Weaver and Robert De Niro – you have to admit, on paper it sounds pretty marvellous. Well, we’re pleased to announce that the official trailer has piqued our interest all the further, with director Rodrigo Cortés (of Buried fame) showing that he’s more than in total control.

Bored of the open and shut cases of fraudulent pseudo-psychics, investigators Dr Buckley (Murphy) and Dr Matheson (Weaver) find themselves caught up in a whirl-wind of drama when re-opening the case of the most famous psychic in the world – Simon Silver. Take a look at the trailer below:

OH EM GEE, right? Robert D being all floaty-terrifying, getting all “YOU DARE DOUBT MY POWER, PUNY MORTALS”, Cillian Murphy with his lovely earnest face and Weaver just totally owning the entire screen by being an immortal badass. Also, Elizabeth Olsen is in there somewhere. We’re guessing someone sleeps with her. Frankly, it’s been so long since we’ve seen De Niro in a role with real gravitas (not that Meet The Fockers wasn’t… you know…) that we’re just looking forward to a possible return to his natural, wonderful form.

Do you believe? TALK TO US

Previous: George Lucas announces his retirement. Sort of.
Next: Ryan Gosling is battered and bruised in new Only God Forgives pics