Orlando Walks The Plank On Pirates 4 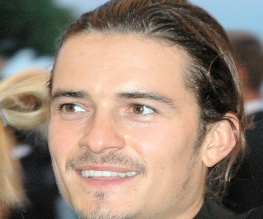 Orlando Bloom has revealed that – in an alarmingly sensible move – he won’t be reprising his role as Will Turner in the fourth Pirates Of The Caribbean film. After the confusing, sea-sickness-inducing mess that was the third outing in the Pirates series, we can’t help but applaud his decision to jump ship. He told MTV that he didn’t want to return to the team this time around, adding

“”I think Will is sort of swimming around with the fish at the bottom of the ocean.”

With neither Keira Knightley or Bloom on board, it seems like the only fellow left at the helm of this adventure is good ol’ Johnny Depp, who has stated that he will in fact be returning as Cap’n Jack Sparrow in Pirates 4: On Stranger Tides. Will the project fall apart entirely? Hang on…a Pirates film without moony-eyed Keira or charisma-of-a-spoon Orlando? Suddenly this idea is looking a lot more enticing -we take it all back, bring on Pirates 4!

Are you upset about Orlando’s departure, or is this the best thing to happen to the Pirates crew so far? Let us know below!