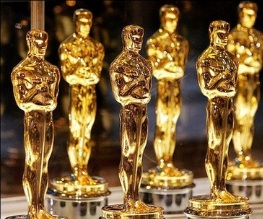 Make a note in your diaries, Oscars fans. The date for the Academy Awards 2014 has been changed from its usual February slot to March 2. However the lavish awards ceremony will be moved to its February position for the 2015 Oscars, February 22 to be exact. The move has been made so the 86th Academy Awards can make room for the completion of the Winter Olympics in Russia. Once again, ABC will be broadcasting the show in the US, with Sky Movies likely to do the same thing over here.

This news comes at a time when Justin Timberlake has been linked to hosting duties for next year, following on from a controversial Seth MacFarlane. Justin is funny, granted; and has been in a few films both good and terrible, but host? We’re not sure if he’s got the staying power to front a three hour ceremony without viewers getting bored of him. Who could forget the classic moment when someone made a joke and the camera cut to Justin, who didn’t start laughing until he realised he was in shot. That was unintentionally funny, but funny nonetheless. However, with the Academy trying harder and harder to appear down with the kids, Timberlake is a sure fire bet to bring in the younger crowd.