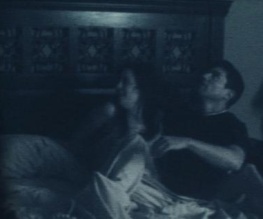 Poltergeist prequel Paranormal Activity 3 set a new record for highest horror debut this weekend, grossing an extraordinary $54m in the US and Canada.

The Paranormal Activity franchise, the first film of which was shot for just $15,000 on a video camera, has enjoyed enormous success since it launched in 2009. If you’re into found footage, witches and horrible jumpy moments, check back on Wednesday for our review!