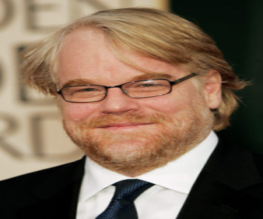 Lionsgate has confirmed the rumours that the face of Plutarch Heavensbee is to be none other than the Oscar-winning Philip Seymour Hoffman. The actor hails from such projects as The Big Lebowski, The Ides of March and Moneyball, and has agreed to take on the role of the politically-savvy Head Gamemaker overseeing the 75th Annual Hunger Games (like a guerilla Petyr Baelish minus the hookers, for those of you who like your “history” shiny, televised and completely fucking mental).

With director Francis Lawrence wanting to start shooting later this year, there’s not much time left to finalise what’s got to be the most difficult cast to join in Blockbusterdom; we can but hope that news of the superior Hoff getting on board is just the start of a spate of final announcements. Mostly so that 13-year-old girls can ease their death-grip on their Argos archery kits and stop asking. Hoffman joins an already stellar cast, with gems such as Elizabeth Banks, Josh Hutcherson and of course, Jennifer Lawrence; this news comes hot on the heels of the last rumours concerning Jena Malone’s potential casting as tribute Johanna Mason, combined with the new official synopsis for Catching Fire being released by the studio – which says precisely nothing fans don’t already know: blah blah, Jennifer Lawrence, blah blah Victor’s Tour, YAY PEETA, Quarter Quell. Arrow-slinging bints aside, we’re positively buzzing for November 22nd, 2013.