Pierce Brosnan and Dominic Cooper to star in November Man 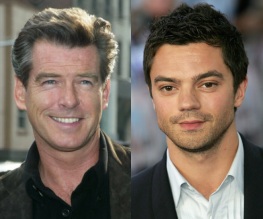 Based on Bill Granger’s novel There Are No Spies, November Man will star Brosnan as a retired CIA agent who comes back for one last job and finds himself pitted against his former protégé Cooper. Think there’ll be a deadly face-off?

We know that roles like this are a classic leg up for burgeoning action stars, but surely Dominic Cooper’s too good to be playing Pierce Brosnan’s bloody Padawan? We’re disappointed in you, Dominic. Tash saw you on the bus that time and was really nice – next time she won’t help you pick up the pages of script you’ll inevitably drop again. She might stamp on them.

Have you read There Are No Spies? Anything useful to add? Comment away!

Previous: All In Good Time
Next: Aaron Sorkin to take on Steve Jobs biopic