Polanski to direct God of Carnage 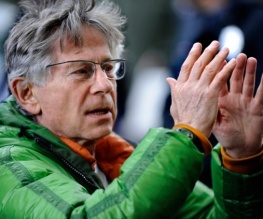 Finally safe(ish) from the clutches of the US Justice Department, Roman Polanski is once more getting behind the camera to do what he does best.

For the first time since 1994’s Death of a Maiden, Polanski will be adapting a play for the big screen next year. His raw material is to be the multi-Tony award winning God of Carnage, a French play which has been a hit in the West End as well as on Broadway.

God of Carnage is a dark comedy with a cast of just four – two sets of parents who meet to discuss a fight between their sons. They approach the talk as civilised and sophisticated adults, but over the course of the play their arguments become increasingly controversial and irrational. Polanski’s adaptation will probably be shot in France, one of the few countries where he is safe from arrest as well as the origin of the original script by Yasmina Reza.

Polanski, 76, was recently under threat of extradition to the US after being arrested when he visited Switzerland. A warrant for his arrest has been outstanding since 1978, when he fled the country on the eve of his sentencing for sex crimes. After more than six months of house arrest and questions over his future, we’re sure he is happy to be back in the folding canvas chair of power.

Previous: The Last Airbender and the racebending controversy
Next: The Sorcerer’s Apprentice