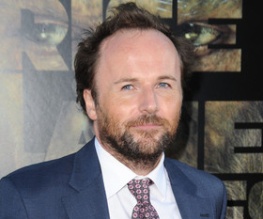 Rise of the Planet of the Apes director Rupert Wyatt is obviously buoyed up by his first Hollywood film’s strong US debut – he’s already talking sequels!

The reboot took an impressive $54m on its first weekend and has won wide-ranging critical acclaim (not least from us), so it’s reasonable to suspect that Fox will capitalise on its success.

Wyatt has suggested several possible directions for Continuation of the Rise of the Planet of the Apes (or whatever) in a discussion with Bleeding Cool. It’s really interesting, so we’re going to reproduce what he said more or less in full:

“The ideas I’ve had are all sorts of things, ranging from Full Metal Jacket with apes… you could start this story again eight years from where we left off, the next generation of apes, those that have come from our protagonists, perhaps going in to a conflict with humans and showing real fear, in the same way as going into war for young soldiers in this day and age, telling their story. Or how apes are taking over cities, and being moved into human environments and having to interact with them and deal with things that are part of our culture and understand and evolve through them. Spies that are in the employ of the apes, working against humans and humans maybe existing underground, because that’s a way they can avoid the virus, coming up above ground wearing gas masks, and maybe that’s what dehumanises them.”

Rise of the Planet of the Apes is out in the UK on Thursday 11th August. See it.

Previous: The war against ‘sizeist’ Hollywood. Are you in, or out?
Next: Dirty Dancing remake confirmed

Tags :Full Metal JackethotteststoryRise of the Planet of the ApesRupert Wyatt