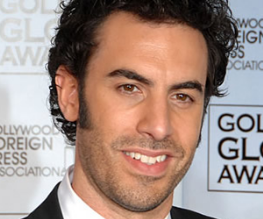 Unsurprisingly, the comedy renegade will be taking on the role of Monsieur Thénardier – the sleazy owner of the local tavern and petty criminal to boot. Along with his wife (played by Helena Bonham Carter, obviously), he fleeces the locals for the cash, their dignity and their digestive functions with substandard food and plenty of booze. Providing the comic relief in an otherwise rather bleak story, a killer pair of Thénardiers are vital to the success of the tale, and we’re pretty happy with the choice. As the brains behind Ali G and Borat, we can at least expect some OUTLANDISH BEHAVIOUR, and there’s few types of behaviour we enjoy more. We just hope Helena puts a bit more energy into Madame Thénardier then she did into Mrs ‘apparently I’m always knackered’ Lovett.