Yet another film to add to the “Christmas capers” list. Mike White, writer of School of Rock and last seen playing a cameo in Zombieland, has signed on to write a film called Santa Wars. The story is about a rivalry between professional Santas and apparently it’s based on a true story. Who’d have thought the Santa profession would involve so much conflict?!

The founders of the Amalgamated Order of Real Bearded Santas formed a Santa Union which they tore apart and  then re-formed. This was due to the disagreement and animosity which developed within the group of bearded bad-boys. The combination of this, along with allegations of members behaving in an un-Santa-like manner and the formation of an opposition group called the Fraternal Order of Real Bearded Santas, was clearly a blockbuster movie waiting to happen.

Scott Rudin who also worked with White on School of Rock will be producing. It will be interesting to see what the two will concoct. Perhaps a movie based on real-life Santas will be more absorbing than the colourful, sparkly, vomit-inducing ones we’re usually accustomed to. Then again, probably not. Like most of these Santa themed movies this one will probably end up on the ‘bad list’ too. 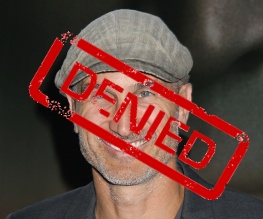