Scorsese abandons the fight for celluloid 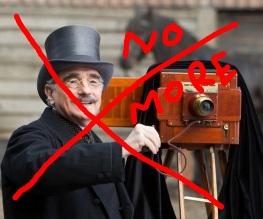 Martin Scorsese, one of Hollywood’s leading champions of photochemical film over digital, has finally declared the war for old-school filming techniques lost.

The Oscar-winning director, who in 1990 established the Film Foundation to rescue film stock before it has chance to degrade, will shoot his next film on digital.

The Wolf of Wall Street, starring Leonardo DiCaprio, will be the second of his 23 films to be shot using digital cameras. The only other exception to the rule is Hugo, which was shot in 3D. Although it did win the Oscar for best cinematography, so that’s alright.

We’re sure that Scorsese, who maintains his own private cinema so he can watch classically filmed features, will continue to enliven the campaign to preserve culturally significant pre-digital films – and if we’re honest, we’re quite interested to see if The Wolf of Wall Street will have anything new to show us.

Previous: Explosive new trailer for Looper
Next: Yet another new Looper trailer arrives