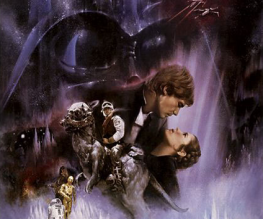 Star Wars. You’re probably sick of it. God knows we are. This latest bit of news is rather interesting, however: The Hollywood Reporter has discovered that Star Wars Episode V: The Empire Strikes Back screenwriter Lawrence Kasdan has been confirmed as writer and producer of either Star Wars VIII or IX. This is news to make a Star Wars fan-boy pant with glee.

Star Wars: The Empire Strikes Back is possibly one the finest films ever made. George Lucas took a back seat in its production, limiting himself to the basic story, which probably explains a lot. Lawrence Kasdan had a lot to do with the perfection in Star Wars V (along with director Irvin Kershner), since his screenplay was a thing of beauty.

The bickering romance between Han and Leia, the brief interactions between Luke and Han establishing an enormous trust, Han screaming “It’s not my fault. It’s not my fault!”, these wonderful moments were written by Lawrence Kasdan. Now that he’s on board for Star Wars VIII or IX, we can all breathe a little easier. He did the Raiders of the Lost Ark screenplay, too! Phenomenal!

That being said, he also worked on the screenplay for Star Wars Episode VI: Return of the Jedi, which is not the brightest spot on his CV. Let’s just blame George Lucas for the shoddy script in Star Wars VI and move on. 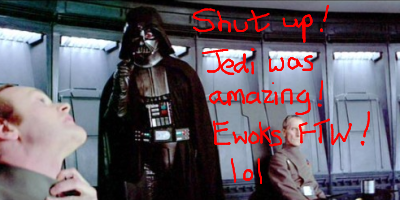 That’s not the only bit of good news. Simon Kinberg, screenplay writer for Sherlock Holmes (the Robert Downey Jr. incarnation) and producer for X-Men: First Class, has also been confirmed for a writer/producer role for either Star Wars VIII or IX! Disney really are picking up talent for their new Star Wars trilogy. Now if only they got a decent director…

No news as to what writer/producer is getting assigned to which Star Wars film yet, but either way there’s definitely A NEW HOPE for our Star Wars. This all follows the news that talented writer Michael Arndt is writing Star Was VII. Our deep understanding of karma warns us that we’re due for some very bad news, and soon. What’s the betting that Will Ferrell will be announced as the new voice of C-3PO any day now?

…Actually that sounds kind of awesome. Contact us, Disney, we’ve got some ideas.

Are we dreaming? Can we actually be excited for Star Wars again? Last time this happened we got burned. What are your thoughts?