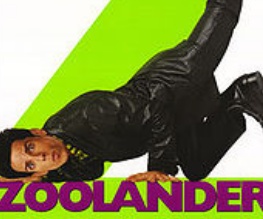 Well, for better or for worse, it looks like Zoolander 2 is definitely on the cards. The hilarious tale of rival models (played brilliantly by Ben Stiller and Owen Wilson) first burst onto our screens in 2001, so ten years later, can the team re-ignite the magic of Blue Steel? Stiller seems to think so. In a recent interview on MTW he stated

“”We’re in the process of getting a script written, so it’s in the early stages. But yeah, it’s going to happen.
In the fashion world, if you go away for a year, it’s changed — it just happens so quickly. I think the idea in the beginning of the movie is that it’s 10 years later, and Derek and Hansel (Owen Wilson) are literally forgotten. Nobody remembers who they are, so they have to reinvent themselves.”

That actually, tentatively, sounds like a pretty good premise to us. What makes it all the more interesting is that Stiller is keen to get Will Ferrell back on board as baddie designer Mugatu. “If Will says yes, he definitely has to be part of it. To me, Mugatu is one of the classic screen villains of all time.”

Are you excited about the prospect of Zoolander 2? Let us know below!

Previous: Pirates Of The Caribbean To Film In Cornwall
Next: Jim Carrey Is A Grandad At 47