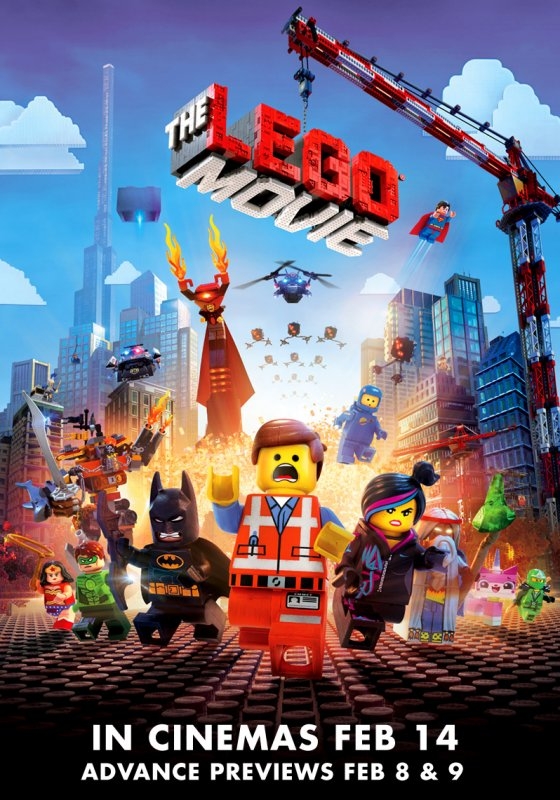 Let’s review some recent facts. There are now so few totally original screenplays set to hit screens in 2014 that Total Film feel the need to brag about there being any at all. Sad, but not surprising; such is the nature of supply and demand, and the reality of what it takes to make studio movies during a recession. Jobbing writers and filmmakers are now less concerned with making stuff up than they are with working out how to handle an existing property – what is it? What does it do? Can we put it in a sports car and drive it off a cliff?

It doesn’t take much IMDb-hopping to realise that, save for Fast Five, most of said properties are spectacularly bungled – you only have to look as far as every Dr. Seuss adaptation and almost every horror remake since 1990 to realise that, short of aesthetics, most filmmakers fail to really think about what they’ve got to play with. Take last year’s wack-as-they-come Evil Dead remake, which might have shared the original’s title, about half of its plot and lot of the same sharp things going in and around the human body, but totally failed to exploit the real guts of one of our most individual and idiosyncratic horror properties – insane black comedy, a super-charged everyman, tons of DIY charm and a living, breathing environment. Come on, they left in the tree rape but took out Ash: that’s like having a coffee with extra milk, and no coffee.

And then there’s Lord and Miller, a directorial tag team to rival the Legion of Doom, are, crucially, masters of combining their own strengths (breathless energy, warmth, emotional sincerity and comedy explosions) with the core strengths of what could otherwise be pretty drab properties. Cloudy With a Chance of Meatballs and 21 Jump Street were names that barely registered five years ago, and now anyone who doesn’t love them must be imprisoned forever without hope of parole. Step up The Lego Movie – not only the most Lord and Miller film to date, but one of the best uses of a property in recent memory.

Emmett (Chris Pratt) is an ordinary man: his favourite song, “Everything is Awesome,” is everyone’s favourite song; he loves eating at “any chain restaurant” drinking over-priced coffee; and he has instructions to remind him to wear clothes. Life is good and by the book, and only the violent threats that President Business (Will Ferrell) slips into his speeches about Taco Tuesday are giving him momentary cause for concern. But following a chance encounter with a mysterious girl (Elizabeth Banks) named WyldStyle (“Are you a DJ?”) and an old wizard (Morgan Freeman) with a prophecy about a mysterious hero called “The Special” and a weapon called “The Kragle” – yeah, the plot IS a lot like Wanted – Emmett finds himself on the run and with the fate of his world in his hands. And Wild West World. And 1970’s Space World. And Bionicle world, which no one really cares about.

Not much in the way of restraint here then, and more power – The Lego Movie is fuelled by same boundless creativity, unfettered potential and stylistic chaos as actual Lego, once you go off-book. This isn’t the Lego of the instruction books, the commercials or the still-pretty-dope video games, but the massive sack of the stuff that you empty onto the floor, so you can make a pirate spaceship that’s got guns on it and is piloted by BATMAN. And thanks to the many, many brilliant adult brains on board, you can have that spaceship escaping from a MASSIVE CRUMBLING FAIRYTALE LAND while you make gut-destroyingly funny jokes about Batman’s self-penned emo-infused dubstep track.

The sheer abundance of greatness here is staggering. The uniformly brilliant voice cast reads like a dream month’s worth of SNL lineups, and the gags – coming at a rate of, no fooling, about one every five seconds – cover everything from the limits of having Lego hair to how much Superman Superhates Green Lantern. And while the script may be great, everyone’s helping out here – the character and world designs, the editing, the music and crucially, the explosions (made from tiny Lego flames) are all loaded with out-and-out belly laughs. The animation, by veteran SFX spods Animal Logic (The Matrix, Gatsby, that owl movie), heavily exploits the inherent eye-porn of thousands of tiny components all moving at once, and is in turns both hysterical and jaw-dropping.

If there are any negatives, they’re subjective. There’s every chance that the relentless pace, energy and volume might not be your bag at all, though if comedy explosions made out of Lego flames don’t appeal to you you might be on the wrong website. More likely to divide is the abrupt and total gear change of the final act, which turns everything you’ve seen so far on its head and dramatically changes the narrative’s tone and pace. It’s a huge gamble but a considered one, and although for some it’ll be deeply affecting and satisfying, it’s not hard to see it dividing audiences.

But even if it does fall outside your tastes, The Lego Movie is a heartening endeavour to the point where I find myself getting kind of choked up about it. It’s an ode to the boundlessness of individual creativity, expressed WITH boundless creativity, simultaneously encapsulating everything that’s great about Lego AND cinema. Is it a toy commercial, or a kids movie? Whichever side of that particular fence you find yourself sitting on, it’ll be hard to deny that it’s up there with the best examples of both.