Tabloid gets a Trailer 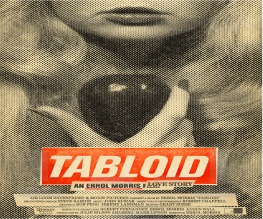 Years before the paparazzi were pointing their cameras up z-list celebrities’ skirts they were focusing on scandals that had something for everybody in them. In 1977 Joyce McKinney was thrown into the spotlight when she was accused of kidnapping and raping a Mormon missionary named Kirk Anderson. She claimed it was the Mormons who kidnapped and brainwashed him and that it was really a love story. Kinky sex, guns and chloroform; this story had something for everybody in it and Errol Morris is making sure that modern audiences will not miss out!

The story was dubbed The Case of the Manacled Mormon back in the day but modern audiences will be more familiar with the title Tabloid. The trailer was released today and it gives away a lot of the plot but with a wonderful surrealistic upbeat soundtrack and more than captivating content this is going to make a splash when it hits the silver screen.

It will feature interviews with those directly involved with the case; including Joyce McKinney herself. Already it has sparked some controversy as some participants are not happy about how the story comes across on screen. But judge for yourself on the 15th July 2011.