The 2010 Writers Guild Nominations Are In! 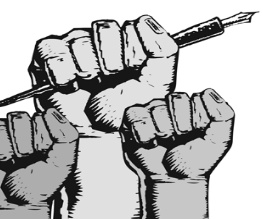 The Writers Guild of America have officially announced their nominations for this year’s awards. The Guild awards excellence in the field of screen-writing, and this year’s nominations are a mixed bag indeed.

We can’t help but feel a little outraged that brilliant films such as An Education, Inglourious Basterds, Up, Fantastic Mr. Fox, and In the Loop weren’t included for ‘not meeting WGA requirements’, leaving a rather sparse skyline in terms of great writing in 2009. Take a look for yourself and voice your opinion on the choices. We’re trying to be as un-judgemental as possible (sort of), but we can’t help but think Avatar’s main strength wasn’t really in its writing….

Got an opinion? Who should win, and who should miss out? Let us know below!