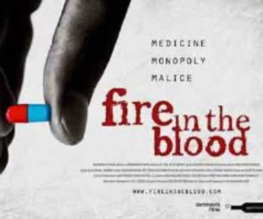 In 1996, a breakthrough few had imagined possible during the previous fifteen years of medical research into HIV occurred, providing the prospect of life and hope to millions of people resigned to early, painful departures from this world. A new treatment based on antiretroviral (ARV) drugs resulted in what doctors called ‘the Lazarus effect’ – raising patients from their beds and catapulting them back into full and active lives where no feat of human endeavour was blocked off from them. It was not a cure, but it was like a gift of life to millions of people around the world infected with the HIV virus: a miracle to be benefited from by all of humanity. Except the world these drugs had the potential to provide access to for millions was one that contained massive profit-driven pharmaceutical companies, and patent laws. And that made all the difference.

Fire in the Blood essentially tells the narrative of how hard Big Pharma tried and is still trying to prevent those who suffer from HIV and are poor from getting access to life-saving treatment. If that was all that this wonderful documentary did though, it could very easily have been one of the most depressing films ever made. However, alongside this narrative of the strategies of evil, the parallel story is told of how hard those who hadn’t ‘temporarily lost their humanity’ (as one of the participants put it) tried to stop this genocide of the world’s sick poor. 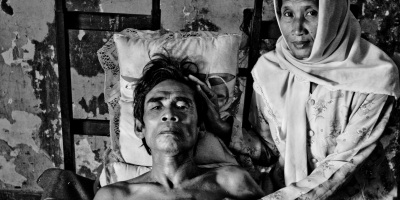 Along the way we meet the heroes of the piece. These include the Indian manufacturers of generic drugs (identical to the originals, but un-patented) who demonstrated that it was possible to treat someone for a year for $350 instead of the $15,000 the drug companies were charging. They include the activists in South Africa, Uganda, and all the nations of the world forced by international trade agreements to allow their populations to be devastated because the drug companies ‘run the US government’ who refused to tolerate it any longer and declared states of emergency so that they could suspend patent law and import the medicine to keep people alive.

Fire in the Blood blends interviews with those involved at the coal-face of this international fight with the simple factual context of the situation. We learn that the pharmaceutical companies pretend to be responsible for live-saving innovation in medical research, but that they are responsible for only 12% of worldwide investment in R&D (governments and public funds are responsible for 84%). We learn about the lies their company’s representatives told to congress, to the media; about the massive advertising campaign launched in the west to portray the easily available and cheaply produced life-saving drugs as dangerous because produced abroad. We even learn how George W. Bush was responsible for the biggest breakthrough in the world-wide fight against HIV-AIDS because he announced in his 2003 State of the Union address that the American government would contribute $15 billion to the battle – and we learn how Big Pharma, caught off-guard and facing a decline in profits, lobbied the government to restrict the availability of cheap drugs to the poor. 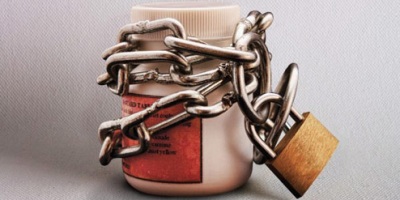 I was very moved, mainly to anger. I rarely weep at the cinema (unless it’s some cynical tug-at-the heartstrings romance bollocks), but I did last night. Fire in the Blood is, in my view, a very necessary examination of how far the limits to greed can extend. It demonstrated clearly that millions of deaths are not beyond the limit of the sacrifices corporations are willing to make to maintain profit. Yet it was also a hopeful piece, demonstrating that while capital may have the power to kill for a while in order to increase itself, it cannot get away with it for long. The courage and determination of those who reacted with their human moral impulse in a situation where others seemed to be able to disable theirs was presented by Dylan Mohan Gray in a way that rejected sentimentalism in favour of the simplicity of normal human emotion. I’m very grateful to have seen this important film and hope that many others will do so. 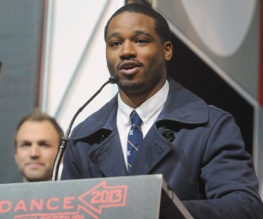