The Alien Prequel Will Have A Sequel? 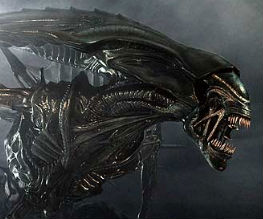 Poor old Ridley Scott. He’s spending all his time out and about promoting this new Robin Hood movie he’s made with Russell Crow, but all anyone wants to ask him about is the Alien prequel. And now he’s saying the prequel will have a sequel!

Ever since Scott announced last year that he’d be making the prequel to Alien, there’s been a lot of buzz about these films. Scott directed the original Alien, and while the sequel Aliens, directed by James Cameron, was awesome, the Alien movies have been getting steadily worse ever since. And don’t get us started on the Alien vs Predator films. Could Ridley Scott’s return make those acid-drooling, face-hugging monsters cool again? Here’s hoping!

Excited for the Alien prequel movies? Or would you rather give birth through your chest than watch another one? Let us know below!