The Avengers is given a start date 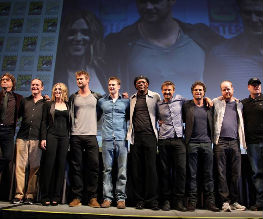 It’s been a week since we gave you the teaser trailer for Joss Whedon’s The Avengers and we have been Jonesing for another Avengers news fix. Thankfully, Marvel has obliged and we can reveal that The Avengers has been given a start of shooting date and a release date.

The most anticipated comic book adaptation is set to start shooting February 2011 with a view to a release date on the 4th of May, 2012.

That right folks, you can mark your calendars and start your countdowns – it IS actually happening. While 2012 seems like a while off, we will have the releases of Thor and Captain America in the meantime, the latter of which Joss Whedon himself has helped write.