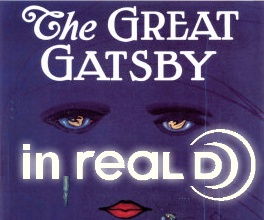 After six weeks of thankless toil under a dark cloud, finally the answers are upon us – just as we suspected, Baz Luhrmann has inexplicably decided to shoot The Great Gatsby in eye-popping and plot-negating 3D. Why, Baz? WHY DO YOU HATE US SO?

Several months later, further shooting will probably be happening in the bathrooms of cinemas across America as loyal F. Scott Fitzgerald fans free themselves from this harsh, unfeeling world. It’s not as if The Great Gatsby is going to be marred by an execrable cast and a talentless director – the endlessly talented Luhrmann has Leonardo DiCaprio, Tobey Maguire and Carey Mulligan at his beck and call, it’s a fair bet he’s going to do something worthwhile with them. We simply don’t believe this silly gimmick can do anything but cheapen the finished film, and we’re very very sad.