The Inbetweeners Movie gets first trailer 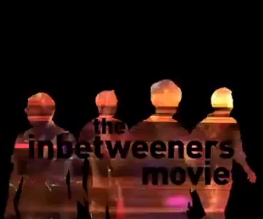 A mere four months after principal photography began on the set of The Inbetweeners Movie, the first teaser trailer for Will et al’s ill-advised Malian adventure has hit the web. And it’s… well, it’s representative. Will (Simon Bird), Jay (James Buckley), Simon (Joe Thomas) and Neil (Blake Harrison) are all in attendance on some sort of ‘party street’, and they walk along a bit. That’s basically it.
Have a look:

The Inbetweeners Movie is due out on August 19th, when we can all be relied upon to bemoan its ropeyness and say they should just have called it a day at the end of Series 2. Mind you, it looks like some of the odd creatures who live on YouTube are pretty excited…