The Rock is the best thing about the world, again. 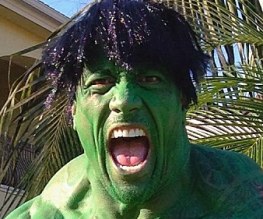 We’ve devoted many articles on this site to discussing the literally endless badassery of Dwayne ‘The Rock’ Johnson – whether he’s jumping off skyscrapers, taking on Julie Andrews or just battering kids in East London (that one isn’t even from a film, he really did), the People’s Champion is never far from our thoughts. Or our desktop backgrounds. But sometimes Dwayne knows that we need more than rumours of his latest insane casting choice (Goliath? Hercules? Lobo? We want them all!) and really delivers the goods. And boy, does he love Hallowe’en.

We’re just so, so happy that this picture exists. Click to enlarge (sit on a towel first): 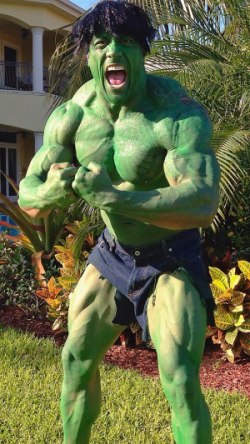 We know Mark Ruffalo was the best thing about Avengers Assemble, but we straight up don’t care now. CAST DWAYNE JOHNSON, Joss! Who else is going to put Thanos down with a single right hook and then quip at his corpse?

Do you love The Rock? PSYCHE, obviously you do.