Thor 2 will be like Game of Thrones, sayeth Chris Hemsworth 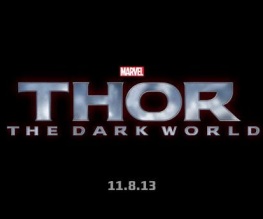 Thor 2, AKA The Dark World, will be a different kettle of fish to Thor 1 (AKA Thor) according to starring man-meat Chris Hemsworth. Between wielding his trusty hammer Mjölnir and wooing Natalie Portman, Hemsworth took time out to reflect on what sounds like one of the Marvel universe’s darker corners.

Hemsworth offers: “The look of the film is a lot bigger than what we did even previously…this is with a different director and just has a totally different feel. There’s a definite Game Of Thrones vibe thanks to [director] Alan [Taylor].“ This probably doesn’t mean there will be buckets of incest and a beheading every five minutes, but phase 2 of Marvel’s super-stable does appear to engender a more serious direction. We can hope.

Meanwhile, Hemsworth addresses Natalie Portman’s total no-show in Avengers Assemble: “For Thor and Jane, there are some unanswered questions now, since obviously he didn’t stop in and catch up with her in Avengers. Thor might have some explaining to do in this one… There’s some fun to be had with that.” If by fun Hemsworth refers to a scene detailing the ancient ritual of grovelling with a box of Milk Tray and flowers, we can’t wait to see if Natalie takes his sorry ass back. We’re guessing she will, seeing as he’s LITERALLY A FUCKING GOD.