Total Recall adds Bill Nighy and others to its cast 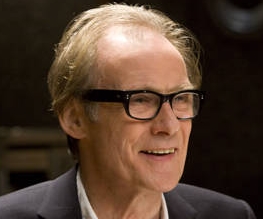 After some discontent at remaking Paul Verhoeven’s 1990 sci-fi Total Recall, we’ve all come to (begrudgingly) accept that there is simply nothing we can do to stop it. But we can hope that the film is filled with quality actors like Bill Nighy who has signed up to play the role of Quatto in Len Wiseman’s reboot.

Quatto is described as the enigmatic and charming leader of the resistance and if it looks like Wiseman has plundered his own back catalogue for actors, he hasn’t stopped at Nighy. Despite not being in a film worth seeing for God knows how long, Wiseman has also added Kate Beckinsale who you may remember as being Selene from Underworld or more importantly, HIS WIFE!

Beckinsale has landed the lead role of Lori (played by Sharon Stone in the original) and that means we now have our hero Quaid (Colin Farrell), second female lead Melina (Jessica Biel) and villain in the form of Bryan Cranston. Ethan Hawke will also feature in an undisclosed cameo appearance.

Based on Philip K Dick’s We Can Remember it for you Wholesale, this story will divert from the original, ditching the martian storyline (booo) and instead taking place on Earth in nation states EuroAmerica and New Shanghai. Farrell’s Quaid is said to be a factory worker in the latter nation who begins to suspect he’s a spy, although he doesn’t know for which side.

Total Recall is due to start shooting next week.

Previous: Could Doug Liman direct the next Wolverine?
Next: Psalm 21