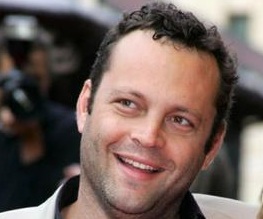 Vince Vaughn has decided to branch out from the warmth and safety of making comedies about families or Christmas (sometimes both if the material is particularly complex), signing up to star in action-thriller Triple Time. As far as mid film-life crises go, the desire to be surrounded by guns and explosions isn’t the most original route. Having mastered the genres of seasonal comedic rubbish and rest-of-year comedic rubbish, cookie-cutter action must appear an exciting new direction. Perhaps an unfair assessment given this embryonic stage of Vaughn’s career renaissance, but if there are two things we’re weary and cynical about, it’s Hollywood action and Vince Vaughn.

It doesn’t look like Triple Time will be a flash in the pan either, with Vaughn also attached to thrillers The Risk Agent and the Randall Wallace-penned Gunslingers. Triple Time sees Vaughn as a US Marshal tasked with transporting a prisoner accused of causing an environmental disaster. Disaster seems to be a buzz-word for Triple Time‘s plot, as their plane crashes and the two are forced to work together in solving a Washington DC conspiracy. Whether the D-word will apply to the film itself, only time will tell. At least when done right, the old chestnut of an unlikely partnership is a set-up that’s tried and true.

We’re unsure whether Vaughn’s trademark surliness will work in his favour inside the dynamic of an action film. He’s no stranger to playing the straight man when surrounded by people like Will Ferrell, but he may have to readjust his sleaze levels if he wants to be a full-fledged day-saver.