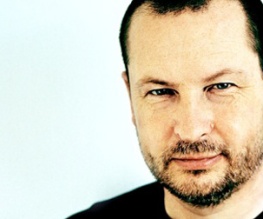 Back in May, controversial Danish director Lars Von Trier was unceremoniously expelled from the Cannes Film Festival, at which he was promoting his new film Melancholia (expect our review today). During a press conference with star Kirsten Dunst, who spent most of it looking as if she was trying to commit suicide through willpower alone, this happened:

…yeah. After five months of being publicly hounded for his remarks, which he later insisted were in jest, Von Trier has revealed that he faces investigation under a French law prohibiting the justification of war crimes. His response to this has been to REFUSE TO EVER SAY ANYTHING AGAIN EVER – or, in his words:

“Due to these serious accusations I have realized that I do not possess the skills to express myself unequivocally and I have therefore decided from this day forth to refrain from all public statements and interviews.”

Can’t we all just calm down? Cheerio, Lars…