What’s this? The Pumpkin King to return? 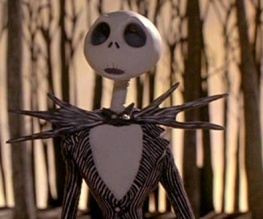 Goths of planet Earth, I summon thee. Crack out the black nail varnish, look out your best wristbands and start working yourself up to a smile; it is being reported that alternative cult favourite The Nightmare Before Christmas might finally be on its way to Sequel Town. That’s right kids, Jack is back!

Dead Central is reporting that one-time Pee-wee Herman, Paul Reubens, dropped the bomb during a recent interview to plug his live Broadway show – currently being recorded for HBO. Asked whether or not he’d ever like to work with capital kook Tim Burton again, Reubens remarked on the director’s overloaded schedule – at which point mentioning Burton’s alleged plans for a sequel to 1993’s The Nightmare Before Christmas.

Already a fully fledged franchise despite only gracing one film, gifted shelf space in most Disney stores comparable to that of their more traditional properties, it is relatively easy to forget that it has been 17 years since Jack Skellington first bounded into cinemas and onto everything from black bags, to black umbrellas to black pendants. With Burton currently making Dark Shadows, however, the Pumpkin King’s return may still be some way off.

A bit of a shame really, with Burton not really being one for sequels the original has stood the test of time admirably – an instant classic that is every bit the delight each time you rediscover it. Still as popular as ever even today, do we really need a second Nightmare when the first is so beautifully complete? Let us know in the comments section below.