Will Gluck straps in for Skyjack: The Hunt for D.B. Cooper 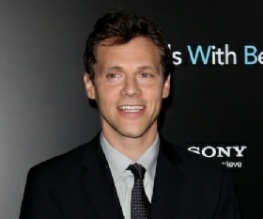 Producer and director Will Gluck, whose recent triumphs (both critically and in the wet dreams of everyone I know, male or female) include Easy A (Emma Stone) and Friends With Benefits (Mila Kunis and Justin Timberlake) is about to inflict more super-attractive and super-trendy Hollywood up-and-comers onto our screens, as he finalises a deal to direct and produce Skyjack: The Hunt for D.B. Cooper.

The film is based on the novel of the same name by Geoffrey Gray, which tells the true story of a man who hijacked a plane for money and parachutes in 1971, before escaping while the crew was confined to the cockpit. The real Cooper was never caught (his case remains the only unsolved incident of air piracy in US history), but his badass reputation lived on; the book centres around the testimonies of three different men who claim to be him.

The premise sounds like it’ll have all the gung-ho, unintentionally funny pseudo-terrorism of Snakes on a Plane and all the actual terrorism and mean-but-pretty people of E4’s newest American television import, Revenge – we’re already intrigued. Especially if they get Samuel L. Jackson. And some snakes.

One thing Gluck can promise us is that there will be a clever little script (written by Keith Bunin of In Treatment fame), a clever bit of casting, and a clever bit of money taken in at the box office – Judd Apatow, watch your back. Gluck’s coming, and he wants our money. Which we will probably give him. Even for 3D.

Previous: Will Veronica Corningstone return to the studio for Anchorman 2?
Next: The Soul of Flies