Will Luhrmann’s Great Gatsby be in 3D? 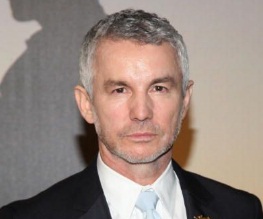 Considering how trouser-splittingly excited we were to hear that Baz Lurhrmann was not only considering taking on The Great Gatsby, but thinking of casting Leo DiCaprio and Carey Mulligan as the main roles, we’re loath to criticise anything at this early stage. But, 3D Bazza? Really?

According to The Hollywood Reporter, Luhrmann has been workshopping the idea of filming the classic tale in 3D. The somber 1920s classic in EYE POPPING 3D! Er…good? Luhrmann will apparently be visiting Las Vegas alongside Michael Mann and Oliver Stone for a panel discussion on the advantages of Blu-ray and filming in 3D.

OK, sure, we get the whole “oh its so sumptuous and that” aspect of 3D filming, really we do. But does The Great Gatsby really need another dimension? How much more exciting will Gatsby’s parties really be if the martini glasses can POP OUT of the screen? Still, nothing’s been decided as yet, so we’ll reserve judgement for now. Sort of.

Previous: Escapism in cinema: Let’s run away to the movies!
Next: Elijah Wood commits to The Hobbit