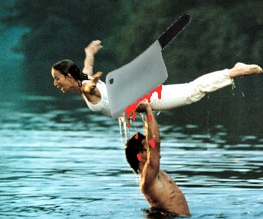 Dirty Dancing is to be remade. “Sacrilege!” I hear some of you cry. “It is always a mistake to remake a classic.” While others of you simply say “It was a mistake to make it in the first place.”

Whatever your opinion, you will probably be horrified to learn that the team onboard Dirty Dancing’s facelift include High School Musical and This Is It director Kenny Ortega and screenwriter Maria Maggenti, whose credentials included this year’s Monte Carlo, a train wreck of a chick-flick about girlies who get bored in Paris and end up frolicking around Monte Carlo instead.

Don’t worry, Lionsgate have fast-tracked the project, so it will be with us before we know it.