X-Men: The return of Ian McKellen and Patrick Stewart! 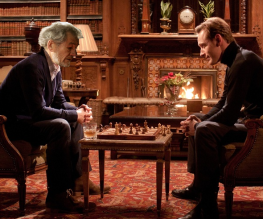 X-Men: Days of Future Past will herald the return of Sir Ian McKellen and Sir Patrick Stewart to the Marvel universe! Director Bryan Singer tweeted the rather fantastic news, and has left us bereft of any details about how they will fit into the sequel to X-Men: First Class. James McAvoy and Michael Fassbender will have to bring their A-game to keep with the X-Men veterans.

Considering that X-Men: First Class broke the canon laid out in the original X-Men trilogy, it’s unclear if the inclusion of Ian McKellen and Patrick Stewart will reference the end of the disappointing X-Men: The Last Stand. If you recall, Magneto had lost his powers and Professor X was ground down into a fine aerosol. Except that Magneto didn’t lose his powers and Xavier magically transported his mind into his identical twin brother. Oh X-Men! You guys are such cads!

It’s possible that the inclusion of the original Magneto and Xavier will be in the form of cameos, but we don’t mind either way. Even just a glimpse of our old friends in the X-Men universe once more would be enough to warm out cockles, and we can’t see Bryan Singer trying to upstage the phenomenal performances of James McAvoy and Michael Fassbender.

Expect to see some very confusing credits when X-Men: Days of Future Past crawls out of its primordial soup in the summer 2014.

Do you know what happens when X-Men get struck by lightning? The same thing that happens to everything else!