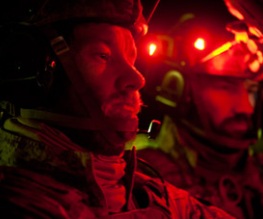 Zero Dark Thirty remains one of BFF’s most anticipated films of 2013, and there’s a new TV spot (along with a couple new images) tickling our eye-holes that amps up the tension factor considerably. It also helps debunk the growing rumours that Jessica Chastain will be completely mute, spending the 160 minute running time standing pensively around American flags. Check it out: 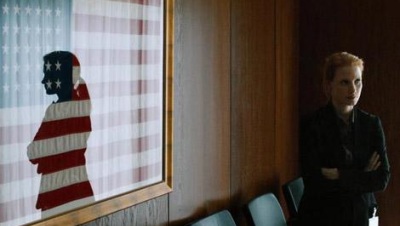 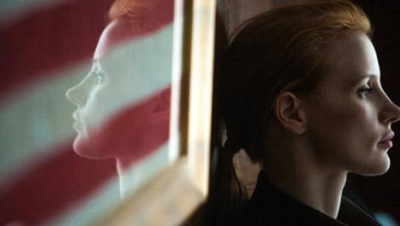 Jessica Chastain’s Maya looks suitably drained by the ten year search, sitting down with what looks like a potential informant in one snippet and seeming generally beleaguered throughout. She has our sympathy but we know there’ll be a happy ending. Sort of. Not really. It’s complicated! Advance reviews are trickling out, and the word is that Zero Dark Thirty thankfully ignores any jingoistic chest-beating. Following exacting, clinical detail, if Zero Dark Thirty matches David Fincher‘s Zodiac in the epic seated thriller genre (which we just coined), we’re in for a long, thorough treat.

Zero Dark Thirty is set for Jan 25th in the UK. Excited? Let us know below.