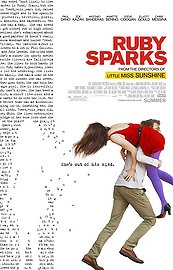 The moment when Ruby Sparks introduces its titular character is a telling one.  Appearing before protagonist Calvin (Dano) in the midst of a dream, all that is visible is her silhouette – a mere outline, its finer details obscured by shadow.  Ruby (Kazan), as envisioned by Calvin, is the very encapsulation of the ‘manic pixie dream girl’, a trope often seen in the modern offbeat rom-com. Usually bearing little characterisation beyond the coolness of their music taste, or the kookiness of their quirks, these women don’t have personalities, so much as a collection of likeable eccentricities. Perish the thought that they might sometimes get annoyed at their manchild boyfriends, or even just feel a little down some days; these girls are a non-stop party, their own needs rendered insignificant by a backdrop of nerdy male fantasy.

And so it begins with Ruby, as Calvin – a depressed young novelist suffering from writer’s block – is given some advice by his psychiatrist (Gould). With Calvin feeling so completely drained of self-worth that even the fact his male dog “pees like a girl” makes him feel somehow inadequate, his therapist assigns a simple task: to write something, just one page, about somebody who likes his pet just the way it is. The person Calvin writes about is Ruby, a lively and free-spirited young lady whose existence would brighten up his life. Invigorated, he types page after page before excitedly showing the work to his brother, Harry (Messina).  The critique is not what he hopes for. “You haven’t written a person, you’ve written a girl” – where Ruby is a construct, people are complicated, Harry insists. So imagine Calvin’s surprise when he wakes up one morning to discover his creation standing in his kitchen. 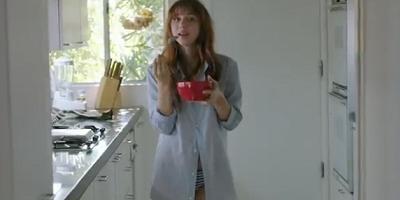 With its central conceit lying somewhere between Weird Science and Eternal Sunshine of the Spotless Mind, Kazan’s script does wisely to eschew any explanation of how Ruby becomes real – all that matters is that she is.  And with Calvin’s days as American literature’s next young progeny seemingly behind him, at first his new partner seems to be the perfect antidote to the pressures of his world; she hasn’t even heard of F. Scott Fitzgerald, let alone Calvin Weir-Fields. However, when the newly three-dimensional Ruby starts to exhibit feelings of her own, Calvin becomes unsatisfied. It’s not long before he finds himself back behind his typewriter, desperate to shape her further. 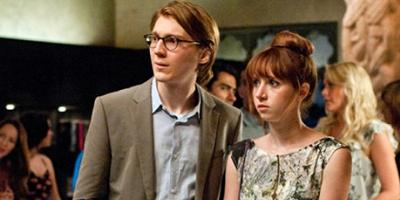 Funny at times, unsettling at others, Calvin’s attempts to iron out Ruby’s flaws offer an insightful commentary on the balances required to make love work; balances not only between companionship and individuality, but also between expectation and reality.  When Calvin runs into an ex-girlfriend (Deborah Ann Woll) at a party, her summation of their break-up says it all; “the only person you wanted to be in a relationship with is you.”  Though Calvin might like to imagine an ideal partner for himself, the result will always be a projection, not a person.  From the moment Ruby leaves his page, she is no longer Calvin’s hollowed out dream girl; she is a woman in her own right. With so many films constructing their female characters according to template, it’s fitting that Ruby Sparks should be an exception – one offering a love interest that is fully formed and not just make believe. 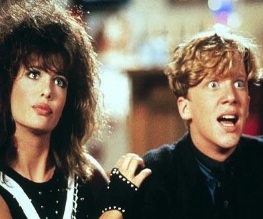