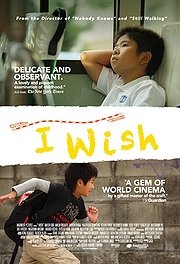 In 2011, Terrence Malick’s The Tree of Life mused heartbreakingly on the sudden loss of innocence for its central character, the twelve-year-old Jack. Back in 1986, Rob Reiner’s Stand By Me charted one childhood quest that changed the lives of four boys forever. And now, Hirokazu Koreeda’s I Wish follows in these films’ footsteps by tackling the painful evanescence of childhood, with just the right amount of poignancy and nostalgia-inducing charm.

Koichi (Koki Maeda) and Ryu (Ohshirô Maeda) are young brothers who find themselves separated when their parents’ marriage breaks down. The thoughtful, inquisitive older brother Koichi goes to live with his mother and her parents in Kagoshima – overshadowed by an ash-spewing volcano that could erupt any day now – while the exuberant Ryu stays in Osaka with his father. Both boys are happy – the buoyant Ryu in particular makes the best of things – but there is a sense of something deeply wrong in this schism; the growing feeling that at such a young age, such a separation could be damaging to both of them if it persists. 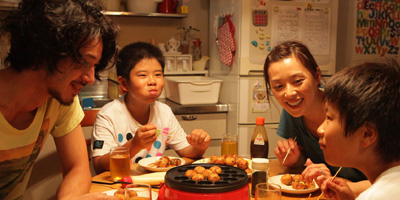 Then one day, Koichi hears of something that could change everything: the tale goes that at the moment when two high speed “bullet” trains pass one another along a stretch of track a day’s journey from Kagoshima, the power created is so immense that an onlooker may be granted one wish. Koichi decides quickly what his wish will be – that Kagoshima’s nearby volcano erupts, forcing his family to move back to Osaka – and quickly sets his plan into motion, enlisting the help of his friends to organise money, train tickets and a plan to get them all out of school for the day. After some persuasion from his friends, Ryu agrees to go on the journey as well and sets off to meet Koichi where the trains pass each other.

Perhaps the most interesting thing about Koreeda’s film is its slow, subtle subversion of your expectations. The film introduces us quickly to the world these two boys inhabit. Though hundreds of miles apart, we see both brothers going about similar daily routines: playing with their friends, having swimming practice, wolfing down their food at family dinners and, in general, racing about, happy and carefree, allowed to come and go as they please by their easygoing parents. 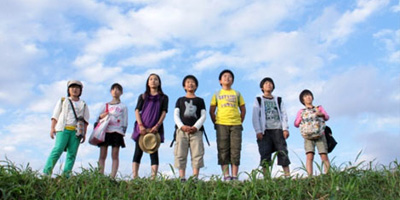 As the film goes on, though, we begin to realise that I Wish is not simply an ode to the freedoms of youth. It is also a subtly complex take on the inevitable loss of childhood. In the film’s most touching scene, an old couple takes in the gang of kids – homeless for the night whilst awaiting the arrival of the trains. The couple, much like the audience, are energised and inspired by the children and – come the next morning, as they watch the gang race off – comment wistfully on the breathtaking resemblance between one of Ryu’s friends, Megumi, and their own absent daughter, now grown up and far away. Elsewhere, Koichi assists his grandfather in devising a recipe for a new cake and discovers his tastes have matured when he finds himself enjoying the mellow flavour – something little brother Ryu does not yet appreciate.

By the time the credits roll, in other words, we have realised that I Wish is a film about the happiness of childhood, yes, but it is also – crucially – about the fragility of that happiness. As we watch the two brothers return home, there is a sense that Koichi has, if anything, moved even further from Ryu, now burdened with the realisation that the solution to all his problems will not be as easy as he hoped. 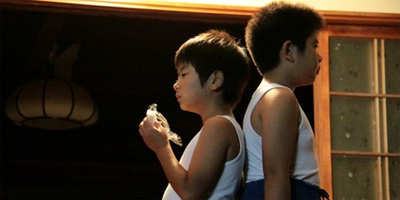 Ultimately, the slow, thoughtful nature of this film necessitates a meandering pace. Despite the crux of the film being the bringing together of the two brothers, for instance, it takes a long while for us to reach that point. And though the subplot involving Koichi’s grandfather informs the themes of the film, scenes that don’t revolve around the excellent child actors tend to drag. Koreeda is evidently a director interested in the small details, and takes his time over them, but occasionally, unfortunately, at the expense of maintaining our concentration.

Although its unshowy, quiet approach might be dull in places, Koreeda’s film manages to convey a great deal of the magic of being young. Whatever your misgivings, you’ll almost certainly walk out of I Wish yearning for the days when you were ten again.

Previous: I Give It a Year
Next: Cheat Sheet: Gael García Bernal 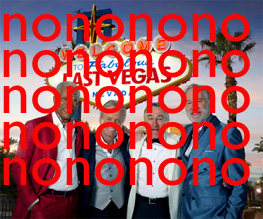