Martha Marcy May Marlene, the increasingly versatile John Hawkes now reveals his softer side in endearing comedy drama The Sessions. That rare thing, a populist movie that also happens to be a good one, audiences will rightly flock to see The Sessions – and so should you. Just one word of warning… if Mr. Hawkes wants you to start crying in public, you will start crying in public. " /> 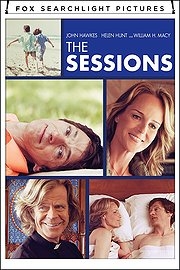 Fresh from its triumph at Sundance (where it won the coveted Audience Award), The Sessions tells the story of Mark O’Brien, the American poet and journalist who, paralysed from the neck down by childhood polio, spent the vast majority of his adult life confined to an iron lung. Based on his own autobiographical essays, the film charts O’Brien’s quest, aged 36, to experience physical intimacy with a women for the first time, courageously opening himself to the possibility of romantic love despite the huge odds stacked against him. Lucky for him we’re in sexually liberated 1980s San Francisco, and after a few false starts – always under advice from his local priest (Macy) – O’Brien tracks down experienced ‘sex surrogate’ Cheryl (Hunt) to… well, give him a hand. All breezy say-hello-to-my-vagina professionalism at the outset, things start to get heavy for married Cheryl as the client/therapist bond quickly deepens and both begin to dread the fast approaching ‘sixth session’, which the rules of their arrangement dictate must be their last.

OK I know what you’re thinking – severely disabled beautiful-on-the-inside poet experiences the joy of sex and romance for the first time in relationship with caring beautiful woman we know must end before it begins? My defences are up. You can’t take me that easy, John Hawkes, with your big kind eyes and your iron lung. Several predictable developments follow – oh you know, film about sex becomes film about love, film about disability becomes film about everyone – such is the potential icky cheesiness of this film it really shouldn’t work. So calculated is it to hack away at your heartstrings you actually don’t want it to work. But goddamnit, it does. One hour in and I could no longer endure the physical pain in my throat caused by the prolonged suppression of my empathy, and I surrendered to the lovely, uplifting sadness of the thing. And – insult to injury – The Sessions has the nerve to also be consistently laugh-out-loud funny. I was laughing, I was crying, I was laughing, I was crying again… my face was tired, resentful and confused, but I was loving it.

The most immediately obvious reason for my spectacular fall from grace is John Hawkes. Yes there are other actors in this film (Hunt especially deserves some attention), but frankly to go into the merits or otherwise of the rest of the cast would simply not leave room for all that must be said about Hawkes – everyone’s new most favouritest ever actor ever. His masterstroke here is to take the most physically vulnerable character imaginable, and allow him to be equally vulnerable emotionally. How does he achieve this? Well, I’m not an actor, but I’m guessing he simply locates his inner child; befriends, forgives, and embraces said child; and then uses his newfound emotional wholeness to create mega-concentrated love beams which he fires out of his big blue eyes through the screen and straight into your heart. Michael Who-bender? 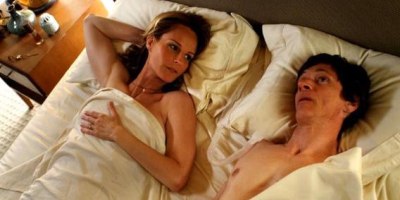 Of course another big reason for The Sessions not sucking in any of the ways it should must be writer/producer/director Ben Lewin. I say ‘must be’ because at first glance the reasons for Lewin’s success are curiously hard to pin down. The film is not great looking; the script not jump-out-and-slap-you clever; the direction highly unflashy. In fact what keeps The Sessions from sinking into the fondue is probably nothing that Lewin does, but what he avoids doing – namely tying his narrative down to anything too specific. What he achieves is, in retrospect, a hugely accomplished balancing act, never allowing a single moment to settle in too comfortably before some alternate angle arrives to set things spinning again. In another context this flightiness might be frustrating, but here, much as it would in a poem, it creates a kind of spaciousness – one that allows room for the possibility of, as one character puts it, ‘the mysterious poetry of life’.

The problem for Lewin is that he pulls off this cinematic plate-spinning act with such skill you don’t notice he’s doing it. No-one will leave The Sessions thinking “isn’t Ben Lewin a great director?”; they’ll leave thinking “wasn’t Mark O’Brien an amazing guy?”, and this is perhaps the best tribute to Lewin’s admirable modesty. Here is a director who has stepped out of the way and let his story, his characters, and his actors steal the show – and steal it they do. Of course, Hollywood actors who tackle a leading character with disabilities and do a halfway decent job of it are a shoe-in come awards season anyway. But if Hawkes does take home a little shiny bald one for his performance in The Sessions, that truism should not mar his success. He will have deserved every bit of it. Iron lung (I am going to say this); heart of gold.