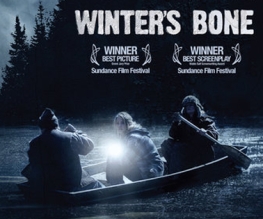 Set deep in the midst of South Missouri’s Oszark Mountain Country, Winter’s Bone follows the plight of Ree Dolly (Jennifer Lawrence), a 17-year-old girl who life has dealt a rather rough hand. With an opening that establishes Ree as sole carer to both two younger siblings and an ill mother, it’s clear from the outset that her existence isn’t exactly a barrel of laughs. Things get no better when the teenager discovers that her absent fugitive of a father, a longtime crystal meth maker named Jessup, signed away their house as a part of his bail bond and has now disappeared, moments before his court date. Not wanting to add homelessness to her family’s list of hardships, Ree begins a desperate search for her dad and attempts to break the silence of her criminal neighbours, who – presumably owing to the joys of backwoods incest – also happen to be her relatives.

As Ree traipses across the barren landscapes that separate each household of grim characters from the last, an expectation begins to grow that her next visit will reveal an elusive yet critical piece of information necessary not only to unlock the film’s mystery, but also to provide the audience with a bit of dramatic satisifaction. But when it becomes clear that each resident is just as tight lipped as the last, intrigue soon gives way to repetition as we progress steadily through the film’s running time without really learning anything, except of course that Ree’s neighbours don’t snitch.

The most likely defense of the film will be that it serves as a character study, showing us an American life that could otherwise remain alien. And, this having been said, it cannot be disputed that Lawrence is wholly convincing as Ree. There’s a strong coming of age element to her story, with her steely determination proving that she’s willing to to put aside her own safety and do anything for her family. She endures insults, threats and beatings on her one woman mission, and a grim climactic sequence taking place on a lake hangs on her every expression. An undoubtedly fine performance – but the film rarely possesses enough gusto to make it count.

Similarly, though director Debra Granik does a fantastic job of keeping the setting both minimalistic and natural, where films such as No Country For Old Men have presented the hard edged nature of America’s smaller societies in a manner both convincing and attention grabbing, Winter’s Bone always feels like a film that is waiting to start. Its story could be disturbingly real, but this isn’t enough to make it seem like it’s going anywhere or has anything to tell us. The result may mirror Ree’s frustration, but it also leaves room for a fair amount of boredom.

What is lacking from Winter’s Bone is a sense of importance. A family’s home is at stake, children’s futures could be destroyed; yet there is little tension, just episodic wandering. We don’t enjoy being contrary here at BFF, and although we can’t deny that Granik’s film has had a great reception from festival judges and critics alike, this is one winter that left us feeling little but cold.

Previous: Skins: The Movie? Who is Standing in The Way of Control?
Next: The Tourist trailer online! 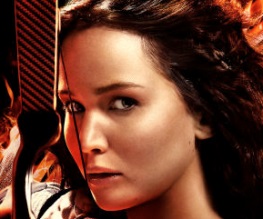 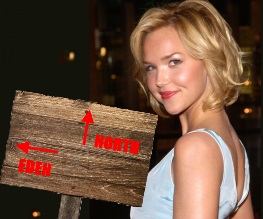