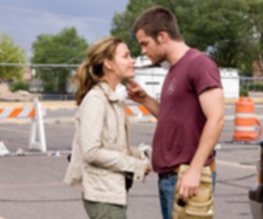 When you look at the history behind Carriers, you might be forgiven for groaning, rolling your eyes and moving on to the next movie in the multiplex. Originally filmed in 2006, it was shelved after test screenings for an indefinite period. When it was finally released in the US in September, the DVD appeared less than three months later, before it was even released over here. It’s almost like distributors Paramount Vantage – the low-key Indie arm of Paramount – are goading the illegal downloaders over here to cut into their profits. So why is Carriers finally seeing the light of day now? The cynical amongst us might point out the fact that it stars Chris Pine, an actor whose saleability has seen a markable improvement since playing a certain Captain of a certain Starship Enterprise. But that’s just cynicism. We’re sure that Hollywood has another reason for its delayed release involving fluffy bunnies, spring, saving the whales and such and such.

Written and directed by brothers Alex and David Pastor, Carriers concerns a pair of brothers (yeah, you read that right) surviving by the skin of their teeth in an apocalyptic wasteland. Brian (Pine) and his girlfriend Bobby (Piper Perabo), along with Brian’s brother Danny (Lou Taylor Pucci) and his friend Kate (Emily VanCamp), have so far managed to survive the lethal plague that has decimated the globe. The four survivors haven’t exactly taken a humanitarian approach to their predicament – looking after Number One all the way, they live by the adage “The sick are already dead”. Encountering a father and his infected daughter and a group of would-be psychopaths in hazmat suits, the group attempt to drive to an isolated, Shangri-La type beach where Brian and Danny used to holiday as youngsters. Needless to say, it’s not all plain sailing with a Cornetto at the end.

With its 28 Days Later-style imagery and The Road-style plot, Carriers certainly can’t be accused of exploring new cinematic territory. And all-in-all, it’s not a bad film. The problem is it’s not a great film either. Pine is oddly uncharismatic in his role of the dominant, rule-crazy brother, and a lack of decent lines ensures his character ultimately comes across as more of an overbearing jerk than a hero. None of the other cast members fare any better; underwriting seems to have been the order of the day here. None are given any particular role to play in the advancement of the plot (the Pestors instead seem to rely on a “will they survive?” dynamic for tension) and so they come across as bland – you don’t ultimately care whether they do survive or not. The action also unfolds in an incredibly episodic manner, and when the survivors go from one set piece to the next there’s no real connection. It seems (to us at least) that Carriers might have worked better as a TV series, where characters and the world’s back story could have been drawn in greater detail.

And while it might have made a great TV series, Carriers isn’t actually a bad film. And if that sounds like damning with faint praise, well… that’s because it is. There’s not an awful lot here that hasn’t been done before, and most of the time it’s been done better. If you’re a fool for all kinds of post-apocalyptica, fill your boots. Chances are this’ll be just up your deserted, corpse-strewn street. Everyone else, sadly, should probably wait for The Road in January or dust off that copy of Snyder’s Dawn of the Dead.

So, was it Carriers or just cobblers? Leave us your comments below!

Previous: Still No Green Light for Hobbit
Next: Don’t Believe the Hype 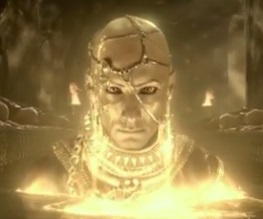