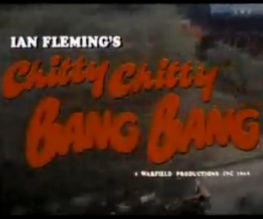 The other day, I tried to summarize the plot of Chitty Chitty Bang Bang to a friend who hadn’t seen it. I recommend you try this, as- much like a drunken romp on a dance mat-it’s a lot more difficult and bloody tiring than it seems.

“It’s about this car, right. Well, no actually is about a man who makes sweets.. well he doesn’t make sweets, he.. SHIT, the child-catcher! With his nose! Oh and yeah then they fly off.. and..in the end I think John Travolta and Nicholas Cage fight it out on some boats.”

Even with minor plot errors aside, it was still a pretty poor effort. To be honest, I was quite shocked at how little I remembered. This is childhood! This is summer days and innocent ice-pop faces! Years of living have pushed the plot of Chitty Chitty Bang Bang out of my brain and traded it in for something else. I’m probably stuck with permanent knowledge of the Girls Aloud video back catalogue instead. Thank you MTV.  Determined not to give in to the gradual depletion of my own grey matter, I resolved to watch it again, this time framing and bolting it onto the walls of my brain.  And I’m glad I did.

The story itself tells of an inventor, Caractacus Potts- played by Dick Van Dyke- and his family of two small children. Aided by token lovely lady Truly Scrumptious (not Julie Andrews- I know, I’m as shocked as you) they take Potts’ own creation: Chitty Chitty Bang Bang, on the road and to the skies. Battling foreign Kings, inventing orchestral sweets and engaging in impromptu yet epic song and dance are all in a day’s work for Chitty and crew. Let me be clear; the film is not perfect. It is full of inconsistencies, plot meanderings and veiled (and when I say veiled, I mean very obvious) post war hatred towards all things German. And yet it doesn’t matter, because it is also absolutely wonderful.

Yes, Dick Van Dyke doesn’t even bother with an English accent this time. Yes, by contrast his children sound like they have swallowed a flag, so excessive is their Englishness. The “Vulgarians”- the inhabitants of the fantasy land Dick, Chitty and crew fly off to- sound like your dad when he’s doing the traditional christmas Hitler impression, and there are some comedy spies that do very little except bash into things, but heck, who cares, it’s glorious! Some parts may be a little battered, but like Chitty herself, bring it all together- the music, fantasy, comedy, vague racism-and this baby really flies. Made in the 60’s, its stunning visuals come not from geeks in computer rooms, but from astonishing live performances. If you haven’t seen it, it’s not too late. Turn off ‘Cribs: Hottest Pads’, get the dog to watch for calls and give your child-self a comforting embrace. Glorious dance sequences need no CGI. Brilliant physical comedy doesn’t require explosions. For someone who lives a digitally enhanced life, there’s something rather satisfying about that. 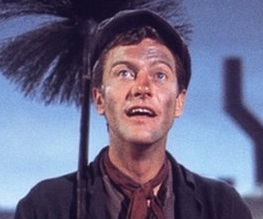 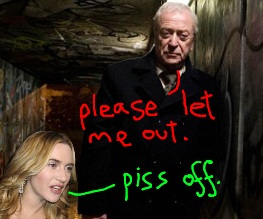