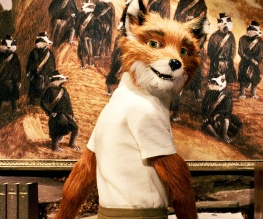 “Fantastic by name, fantastic by nature.” This is the tagline used on the Fantastic Mr. Fox posters currently lining every tube station for the film’s opening week. Much has been made of the remake of Roald Dahl’s much-loved children’s book, with indie director Wes Anderson, of Royal Tenenbaums fame, at the helm. If anyone could recreate Dahl’s bizarre, fantastic literary flight of fancy, he could (exhibit A, The Darjeeling Limited).

Ultimately, the film lives up to the hype. Anderson brings his own wacky flavour to the material, making it far from a cookie-cutter Disney-style animation of the sort that seem to be churned out weekly these days, making me fear for the blandness of the next generation. Rather than the high-tech style common to such animations, Anderson uses old-school stop-motion, heightening the film’s rollicking sense of fun. In a further departure from the seamless animations of the noughties, shots are cut together disjointedly and the actors appear to be ad-libbing their voice contributions half the time. This creates a Monty Pythonesque sense that you have no idea where things are going next and neither do they. Along with a feel-good Jarvis Cocker soundtrack, it adds up to a highly enjoyable experience for adults and children alike.

This is a thinking man’s animation, and cluey kids out there will appreciate that, just as they appreciated Dahl’s Fantastic Mr Fox a generation ago over the usual ‘once upon a time’ sap. And for those of us old enough to not require a parental chaperone to the cinema, it’s just bloody good fun.

The Look Of Fantastic Mr Fox.

A Beginner’s Guide To Whack-Bat

Previous: Why Films From Games Will Never, Ever Work
Next: Chitty Chitty Bang Bang