I Want to Get Married 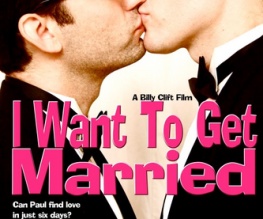 The gay community is largely underrepresented in Hollywood, with the exception of the odd indie drama – “issue” films, mostly, where the central drive of the story is a character feeling conflicted over their sexuality. The point is, there aren’t many films around which portray gay characters as people with familiar real-life problems who just happen to be gay. And that’s partly what’s so refreshing about the idea at the heart of I Want to Get Married.

The film follows Paul (Montgomery), a nerdy 35-year-old who hasn’t had a relationship since high school. At the start, he is attending the wedding of one of his best friends, Rebecca (Ashleigh Sumner), and – after a failed attempt at talking to sexy stranger Jim (Stickles) – soon resolves that he is tired of being alone and wants to get married in just six days (before he turns 36, and also before anti-gay marriage legislation can pass). So far, so simple. The problem is, the film is far more complicated than the title would have you believe.

As opposed to focussing on Paul’s story, director Clift is constantly straying to other characters – in a mostly pointless, confused fashion. We have, for instance, Paul’s homophobic mother, who has left her husband and ended up stranded at a motel with ageing drag queen Miss Piggy B. Then you have Paul’s father pursuing his wife into the desert and falling foul of some (very broadly sketched) hillbillies. At the end you are left with a mess of convoluted strands, hurriedly tied together in a nice neat package at the last moment. Really, this film could afford to lose the whole storyline involving Paul’s mother befriending the drag queen and having her narrow-minded viewpoints challenged. We’ve all seen this before; it’s faintly patronising and also detracts from Paul’s story, which could have been a far more interesting exploration into his character. Clift simply never attempts to examine why it is that Paul has always been alone and found it hard to commit, and – conversely – portrays his relationship with Jim as the easiest, most convenient thing in the world.

It’s a shame because there are parts of this film that touch upon the funny, sweet tone of a good romcom. At one point, Jim attempts to lean across the dinner table on a date and kiss Paul, and Paul’s clumsy response is reminiscent of Steve Carell’s funny yet dignified performance in The 40 Year Old Virgin. But more often than not, subtlety and restraint are sacrificed in favour of broad stereotyping and (largely unfunny) comedy sequences. Perhaps the main problem with this film is that Montgomery’s performance is, for the most part, irritating beyond belief. In what I suppose is a misjudged attempt at a “nerd” impersonation, he spends most of the film twisting his face into an exaggerated, “Look I’m so awkward” frown. Compared to the more naturalistic performances of some of the other actors (Cooper and Stickles, for instance) – Montgomery’s crude portrayal of Paul feels distinctly out of place.

Billy Clift deserves some credit for making a film on evidently so small a budget, but I Want to Get Married is ultimately a big mess. We’d like to see more gay romcoms but, please, make them better than this. 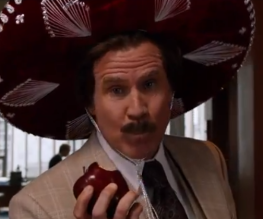