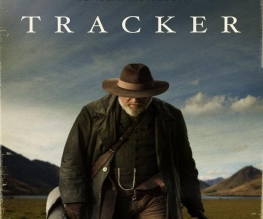 Set in 1903, Tracker is an action thriller in which Arjan (Ray Winstone, London Boulevard), a guerrilla survivor of the South African Boer War, lands in colonial New Zealand and is promised a huge bounty to capture Kereama (Temuera Morrison, Green Lantern), a Maori seafarer accused of killing a British soldier. As he catches up with Kereama they find they have more in common than simply a mutual hatred of the British.

What’s striking from the off about Tracker is its rather low production production values and predictable plot. Despite some commendable performances (particularly from Ray Winstone) there’s little that hasn’t been seen or done with a orchestral score that is repeatedly uninvolving, undermining several moments within it. It’s an approach that robs the film of much of its depth and disengages the viewer. Tracker is not a bad production but it is emotionally earnest in a way that proves distracting, leaving the impression that it could have been a low budget BBC or Channel 4 film with its stiff British characters and dodgy CG backgrounds. The tracking itself is rather boring with characters having to look at the ground, digging their hands in the earth, moving/sniffing something before looking up and heading in the direction of their quarry. At times Tracker is a little uninspired.

The context is perhaps more interesting than the film itself. Set in the aftermath of the Second Anglo-Boer War, the film explores the fallout from the conflict, the respect or lack thereof afforded to those who fought. Winstone’s farmer turned militant Arjan is suitably gruff ending many of his sentences with a grunt. After a rather on-the-nose (and again earnest) start, the film peels away at the layers of Arjan, providing a look at a man searching for his place in the world after losing everything he had. The script finds a similar spirit in Morrison’s Kereama, an educated Maori reduced to being portrayed as a savage by British forces. Both characters are in a similar position and, in due course, come to understand each other. Their relationship is the typical cat and mouse one with each character frequently trading places/gaining the upper hand only for some circumstance (a bird whistling!) allowing one of them to become distracted and lose their advantage. Sometimes it’s played for laughs, other times it aspires for some dramatic heft, more often it turns out to be amicable enough to watch, with the film making its points on violence, conscience and colonisation in a slow, unfussy fashion.

If you can accept Tracker in spite of its limitations you’ll find something to enjoy. It shines light on a subject that I don’t recall being discussed often in film. Although it’s not particularly subtle and could have benefited from some braver decisions than the redemption storyline that it opts for it’s a decent enough 100 minutes that features some great photography of New Zealand (a country that simply refuses to look ugly on film). Tracker won’t stun people but it’s a low key endeavour that almost overcomes its constraints.

Previous: Short Film of the Week: One Word
Next: Donor Unknown