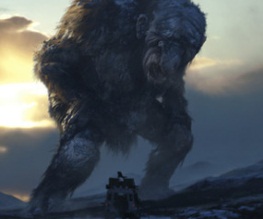 “No trolls were harmed during the making of this movie.”

Whaddaya mean, you haven’t seen Troll Hunter yet? Grab a fiery torch, a woolly hat, some stiff walking boots and head on down to your nearest cinema; this is definitely the must-see movie of the season. In fact, it’s probably the best found-footage film I’ve seen in a very long time. Rammed with Scandinavian folklore, LOADS of trolls and plenty of black humour, this mockumentary offers us something as original, wacky and enjoyable as Rare Exports: A Christmas Tale was last year. We join a small group of Norwegian students, who have decided to make a documentary about a series of mysterious bear killings that have been happening in their local area. Weird. I wonder what could possibly kill not just one bear but SEVERAL bears? The Scandinavian youths have their money firmly on the eccentric huntsman they’ve found lurking in the nearby woods but, joke’s on them, as it turns out he’s a Troll Hunter (hence the title) and TROLLS have been killing the bears. Bet you didn’t see that coming, huh?

Quite a few Norwegian people have been saying that non-Norwegians won’t really ‘get’ the film, as it’s far too embedded in Scandinavian culture and folklore. One such example is when three goats are discovered on a bridge, with a Troll lurking underne… wait a minute! Isn’t that just the Billy Goats Gruff? Where three stupid male goats boldly go clip-clopping over the bridge and, somehow, manage to avoid being eaten by the monstrous being underneath? Yup. It would seem that we Brits are pretty much au fait with our Troll knowledge too. And it’s straight-faced comedic insertions like this that allow viewers to see this movie as so much more than just a B-Type horror. The students decide to follow the Troll Hunter (after all, it makes for a better documentary than a bear poacher!) and assist him in stopping the mythological beasts from escaping their territory. What’s the rule for efficient Troll Hunting? No Christians. Yup, that’s right; the scent of a god-fearing religious zealot whips a Troll up into a frenzy and nobody wants that (Jack And The Beanstalk, anyone?). The students quickly affirm that they are all, indeed, non-believers, although one girl does admit to Islamic tendencies. Will that have the same effect? “I honestly don’t know,” says the Hunter, thoughtfully teasing his beard. Needless to say, one poor idiot is bound to be a closet Christian and, ultimately, bound to admit this at the worst possible point in time. Maybe the point where, I dunno, the Troll Hunters become the HUNTEES?!

Despite all of this, the film is actually quite scary; admittedly, this is mostly in the parts where you don’t see a Troll. The most iconic scene, which involves a terrified run through the forest, is oddly reminiscient of the T-Rex chase in Jurassic Park, thanks to the sheer terror of the humans and the deafening crashing sounds of the giant in pursuit. The Trolls themselves are surprisingly well done, despite the films minimal budget, looking efficiently menacing, ugly and brutal. And, thanks to the addition of night vision, we can see how even Tusseladd, the largest and most obvious three-headed Troll, can blend seamlessly into his surroundings. Camouflage means that leaning against a pair of innocent looking tree trunks could mean you are, in fact, leaning on big Troll legs and then, my Christian friends, you can pretty much guarantee you’ll be gobbled up on the spot. Fairytales are there to reassure us; they offer familiarity to strange events and are a source of comfort to many. So what happens when the fairytale goes bad? Ripping apart Norwegian memes with all the force of… well, of a Troll, Troll Hunter delivers a brand-new reason not to go out alone into the woods. Or, at the very least, a new reason to take a camera along if you do…

Previous: Red State
Next: The Way of the Morris 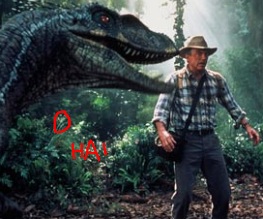