Wasted On The Young 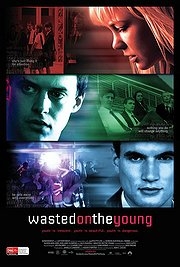 Written and directed by Ben C. Lucas, Wasted On The Young is a dark, tension filled Australian teen drama chocka-block with swearing, drug use and quite a surprising amount of violence. With its shadowy feel and unusual structure, this film is as far away from the cheerful Aussie stereotype as you could possibly get.

The surprisingly gripping film centres around the relationship of two step-brothers who are at opposite ends of their private school’s social hierarchy. Zack (Russell) is the cool, attractive, captain of the swim team, while Darren (Ackland) is the nerdy, computer obsessed reject. While constantly bullied by the cool kids – and in particular a lad named Brook, the best friend of Zack – Darren finds himself compelled to exact some revenge when this quartet of monsters drug and assault his best friend and love interest, Xandrie (Clemens). After being dumped in the middle of nowhere by Zack and his brutish gang, Xandrie makes a surprise return, thus throwing into motion a series of events that threaten Zack’s status and soon leave the brothers’ lives in the hands of their judgemental, opinionated classmates.

The narrative is unusual, if not a little confusing at times: scenes regularly merge into events that take place in the past, often causing confusion rather than intrigue. However, on the plus side it meant that throughout the story we were able to understand the characters past and their relationships a lot better, without having to detract from the important story happening in the present. Ackland is brilliant as younger brother Darren – his awkwardness, nervousness, happiness, and eventually insane anger are completely believable and very accurately portrayed (because let’s face it, most teens are awkward and crazy). And although not credited as a main character T.J. Power as meanest of the mean, Brook, definitely deserves a shout out, not for giving an oscar worthy performance, but for making damn sure that by the end you really wouldn’t feel guilty whacking his head in with a barge pole (needless to say he has it coming).

Despite how wrapped up and gripped by this story you may become, you still can’t help but ask yourself the whole way through – where are all the teachers and parents? Because I’ll bet you my Harry Potter DVD collection that none of these crazy happenings would have gone down had ANY of them been around.

Previous: The Man of Steel flies into 2013
Next: Empire and Tiger Beer team up for Undiscovered Treasures 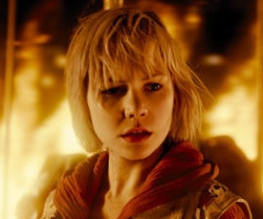