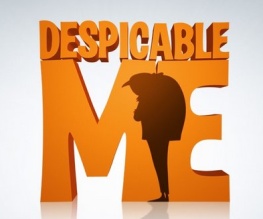 “It’s like my heart is a tooth; it’s got a cavity that can only be filled with children.”

A trailer is designed, on the whole, to represent a film. At its worst, it gives away the whole plot – which is great. You can simply walk away, one ill-advised rom-com down and a few extra dollars nestling snugly in your pocket to be spent on other, better things. The many trailers for Despicable Me are an oddity: They neither give away the plot of the film, nor do they fully represent it. Cute as supervillian Gru’s little army of constructs is, the trailers leave most of the really good stuff completely untouched. As you watch Gru struggle to control his minions you’d be forgiven for passing this off as Pixar-lite: A nicely off-kilter idea overwhelmed by quick-win slapstick. Fortunately, the movie is considerably more than the sum of its trailers.

To set the scene, Gru (voiced by Steve Carell) is a villain by trade. Villaining is all he has ever known; as a young child he built a toy rocket out of macaroni, then a fully functioning rocket based on the macaroni prototype. His latest wonderful venture into villainry is a foolproof plan to STEAL THE MOON! You could end the film just there and be satisfied – but there’s more.

Gru has two major problems in his life and they’re not, to be honest, moon-stealing schematics. Firstly, Gru may be aided by his minions and by Dr Nefario (voiced by the well-cast Russell Brand, sometimes best heard and not seen) but he has an arch-nemesis in the shape of rival villain Vector (voiced by Jason Segel). Secondly, Gru is about to feel his warped heart beat to a new rhythm with the arrival of three charming little orphan girls named Margo, Agnes and Edith who are convinced, against all the odds, that Gru is ideal dad material.

Initially, Gru sees the orphan girls as pawns in his super-evil game. He uses them to infiltrate Vector’s lair as cookie sellers. As the plot thickens and the villainous gizmos become increasingly outlandish, the film becomes infused with heart as well as laughs. Gru’s grudging and nominal attempts at being a fatherly role model lead him to realise that a life with three cute little girls is a life he doesn’t want to give up. And why did he choose to be a supervillain anyway? Wasn’t it a novel approach to his main goal, which was… to be accepted?

Is Despicable Me nothing more than a kids film?

Despicable Me is a family movie. That means it has to straddle the parent-child divide and it does so with aplomb. Like most Pixar animations (bar the horrific sugar-rush overload of Cars), Despicable Me melds dark comedy, slapstick, endearing whimsy, sheer silliness and super-sharp dialogue into a family movie that will satisfy both the younger and older ends of the scale. It’s made by Illumination Entertainment – but Pixar wouldn’t have been ashamed to have this one on their roster.

The wit is matched by the pretty, which means you can indulge in an hour and a half of easy on the eyes. The tight animation features faces that are mobile and expressive, but not to the point of Shrekking out. The ubquitous 3D is also put to good use (especially in the rollercoaster scene and the clever end credits).

There’s no doubt Despicable Me is a visual treat. It’s wholesome, too. And with a cast that’s practically been stolen from Saturday Night Live, this is a dessert you could swear had a bit of grown-up whiskey in it.

Previous: The Town
Next: Stephen Fry to join cast for Sherlock Holmes 2