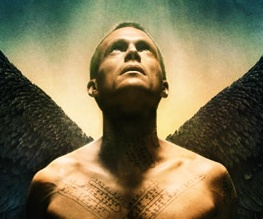 You know you’re in trouble when God has essentially turned into a less friendly Sauron. And all the angels in exsitence want you dead. Like, really, really dead. Enter the world of Legion, set in an unspecified future when God has dispatched his heralds to slay the entire human race for its myriad sins. And you thought throwing chewing gum onto the pavement was never going to come back to haunt you. Legion is a ridiculous yarn about the last stand between the dregs of mankind and these heavenly pursuers in a rundown diner in the desert. Needless to say, it doesn’t end happily for us. Good, frankly. Good. In our faces.

Acclaimed visual effects artist Scott Stewart, who worked on the Pirates Of The Caribbean films and Iron Man, makes the awkward transition to the director’s chair. He also co-wrote the screenplay with Peter Schink, and shows a similar lack of natural talent with words as well as pictures, struggling to generate tension despite a confined setting for much of the action.

Fallen Angel in a Diner

Bob Hanson (Dennis Quaid) runs a diner with his handyman son, Jeep (Lucas Black), who has put his life on hold to make sure his hard-drinking old man doesn’t self-destruct. Percy (Charles S Dutton) holds court in the kitchen and pregnant waitress Charlie (Adrianne Palicki) keeps the customers happy, refreshing the coffee of gun-toting father Kyle (Tyrese Gibson) and bickering couple Sandra (Kate Walsh) and Howard (Jon Tenney) and their belligerent teenage daughter, Audrey (Willa Holland). When one of the customers meets a grisly fate, the survivors cry out in vain for help, and fallen angel Michael (Paul Bettany) answers their call, fending off his own kind, including the angel Gabriel (Kevin Durand) to ensure the survival of Charlie’s soon-to-be-born son. “I don’t believe in God”; stutters Bob, caught in the middle of a titanic fight to the death. “Well, God doesn’t believe in you,” replies Michael. Yeah. Ouch. Hurts, doesn’t it, lowly human? Yeah. We bet it does.

Scared? You should be

Legion is a low-rent version of The Terminator with wings, with the only scene worth watching being one where crazy old lady attacks a cafe patron, then starts crawling over the diner’s ceilin. Which is in the trailer. Bettany treats his role with a seriousness that borders on the laughable, as possessed survivors of the Apocalypse surround the diner and prepare to kill Charlie’s little angel (ho ho!). There is the occasional, intentional laugh, such as when a small group of survivors jumps into a car and heads for the nearest hospital, only to run into a swarm of flies that seems to attack the vehicle, and Gibson’s livewire quips, “You’re asking me to explain the behaviour of a pestilence?!”; No one questions why Bob and Jeep have completely different accents, while the script plods from one set piece to the next, without anything that might be mistaken for style or pace. We’re not sure what’s a more terrifying vision of the future; an army of avenging angels bent on mankind’s destruction, or the idea of more films like this.

Did you have it in for the humans? Let us know below!

Previous: Case 39
Next: Original Cast Back For Paranormal 2? 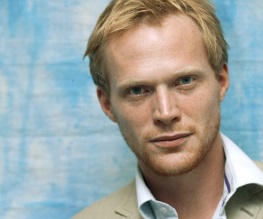