Original Cast Back For Paranormal 2? 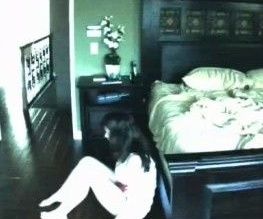 Apparently, star of indie-horror-hit Paranormal Activity Micah Sloat is in talks to return to the sequel, which begins filming this year. For everyone who’s watched Paranormal Activity, this may come as rather a surprise. For those who haven’t and want to, it’s probably best you ignore that last statement.

However, although is indeed an interesting (if odd) development, the fact that an original star wants to climb back on-board for the sequel spells good things about the script. Paramount snapped up the rights to Paranormal Activity 2 as soon as it became clear what a mega-hit the original was, but we all know that just because you throw money at something, it don’t make it worth a watch (hi Alice In Wonderland). But according to Micah
“it’s really cool, it’s gonna be really interesting and it’s not gonna suck, which most horror sequels do. This is gonna be good.” So that’s re-assuring. Sort of.

No word on co- Katie Featherston’s involvement as yet, but surely it makes sense to get her back doing her crazy thing? We’ll have to wait and see…

Are you excited for Paranormal Activity 2? Or should they have left it as it was? Let us know below!