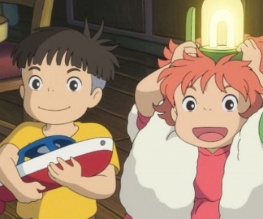 How did Ponyo rank up for you against Miyazaki's other films? Let us know below!

Previous: Valentine’s Day Breaks Holiday Records Despite All Logic
Next: Percy Jackson And The Lightning Thief